The Legion will form... 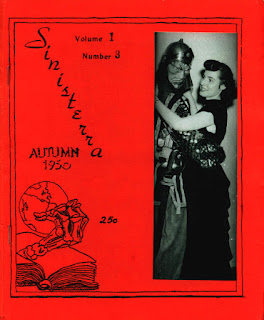 Phil Barker as a Tsolyani, at the 1950 WorldCon; posted in the same vein as Jim's post of E.E. "Doc" Smith in costume over at:

Phil won the costume contest, with his real scale armor and sword; the prize was a dance with Bea McCaffrey, one of the authors of the day who was at the convention. Phil still had his program books, with the autographs of all the authors and fans who were at the convention, including "Doc" Smith himself. (Thanks for your post, Jim!)

"The Legion will form!"

Today's the Memorial Event for the Professor; the Legion is loaded for the trip to the parade ground, and we'll do this right. The tradition in the British Army is to have a service of remembrance, and then a bugler plays the Last Post, the British equivalent of the American "Taps". There's a moment of silence to remember the fallen, and then "Rouse", what we Yanks call "Reveille", to remind the listeners of the Resurrection. And yes, I know that Phil wasn't Anglican, but he was very proud of his English ancestors.

So, in a way, this is my own little parade for him. We'll do today's event for Phil, and Ambereen, and all the many friends who will be there today, and all the many friends who won't be able to be with us. Me, though, I finally had my moment to grieve for him last night, when I was finally alone in the stillness of the game room and the silence of the night, and the tears finally came. It's hard to load the truck or do a post on one's blog when you can't see for the tears, but we do what we have to do. Close up the ranks, lads, and march on; Ambereen is depending on us.

Somebody on one of the RPG boards said that we can't talk to Phil, anymore; I beg to differ in the strongest possible terms. Through his writings, he still speaks to us, and his astonishing creation still lives. Roll the dice, folks; play the game, explore Tekumel, and Phil will be with you always. Tekumel still lives; enjoy it, as Phil hoped you would...