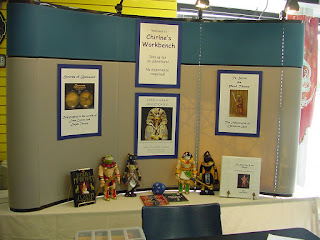 First off, tonight, thank you all for your comments! I've been working an odd combination of shifts as well as dealing with our local back-to-back snowstorms - four inches Friday, possibly four to eight inches today - so I suspect I'll be back with more sentient comments and replies tomorrow and then we'll get back to the usual course of things hereabouts.

I'm still thinking about getting into the comments and observations my recent 'open letter' has elicited. I'm seeing an issue - not with the commentators, but with me - that I may not have the vocabulary or gaming experience to be able to offer any useful observations on the larger world of the modern gaming hobby.

This introspection was brought on by one commentator who observed that they felt my having played "something called Blackmoor, something called Greyhawk, and something called Tekumel" was a form of boasting. Perhaps; I meant it as a statement of fact. I have never played any of the various editions of D&D that have been around, from the 'white box' set on. When I played with The Dynamic Duo, there weren't copies of The Rules at the game table; they ran whatever they were doing off the top of their heads, and if they ever looked at The Rules it was very unusual. They 'winged it', and our assumption as players was that the GM ran the game, and we provided the adventure. (And a lot of low comedy, usually.) I have not played Gamma World, Traveller, GURPS, or any of the other games that the folks commenting have mentioned. I've been playing the same few published games (Chainmail and EPT, are examples) for decades, a) because they work just fine for me and my players, and b) I play world-settings, not rules systems. (Braunsteins, on the other hand, I learned by oral tradition from The Tribal Elders.)

Remember the player at that Gen Con who showed up with every book from every edition of D&D?

Player: "So, Mr. Arneson, what edition are we using?"
Dave, proffering a hand to shake: "Hi! I'm Dave Arneson, nice to meet you!"

Yes, I do understand the importance of game mechanics - I've written a few, over the years - but I don't worry too much about them as I play as can be seen in my YouTube videos. So, I am not sure that I have much to add to the quite fascinating discussion that's taken place, or if any observations by Yours Truly would be of any help.

And I do love a good discussion. Over on the RPG forum that I'm still on, I've been lucky enough to have the site owners and the members let me have a 'corner booth' for an on-going dialog:

These are basically me be ing propped up in a corner, and answering all of the questions people put to me. Part One went to 600 pages, 5,999 posts, and 254,857 views; Part Two is currently at 235 pages, 2,344 posts, and 79,354 views. (The thread had to be cut into two sections, as it was slowing down the web site's server.) I am, quite genuinely, utterly astonished that the discussion has been going on now for over a year. I have no real idea why; I just hope that I'm not boring people to tears with my ruminations.

I also don't have the same kind of game-play experience that most people these days seem to. I don't like 'one-off' games that come and go in the blink of a convention or game day, and I prefer long-term campaign gaming where the GM gets the chance to develop his world-setting and we players get to develop our characters in that setting. We never paid much attention to 'experience points', as we played with some very tough and very clever GMs who rated us on simple survival more then anything else.

So, again, I don;t know if I'll wade into the discussion; we'll see, tomorrow.

In the meantime, it's back to the paintbrushes and the snow shovel...
Posted by chirine ba kal at 7:55 PM