A Look Back At An Old Post, This Morning... 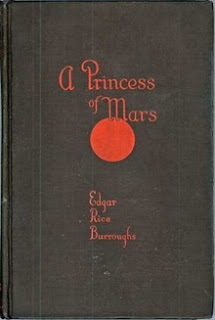 This post wasn't originally going to be what you're about to read; I had wanted to talk about going out to see "John Carter". I had a day off, the first one in several months, and I wanted to take my very own Dejah Thoris out for a day's excursion. As Prof. Barker's archivist, I especially wanted to see this movie because I'd just found his childhood copy of "A Princess of Mars", and I thought it would be fun to see a movie that Phil would (I thought) enjoy; he'd loved the various "Conan" movies, as he'd read the Howard stories as they'd come out, back in the day when I taken him out to see them, and he was like a kid again watching them.

I didn't get to see the movie.

Instead, I buried an old friend.

I got the call from the house at 11:15 this morning, and I'm just now back home at about 00:15 local time. Phil had been in slowly declining health over the past six months, and he'd taken a very marked turn for the worse over the past 36 hours. He passed away about 10:30 this morning, and the news passed like the flames of a chain of signal beacons along a Sakbe road.

In Islam, the departed are to be buried within twenty-four hours; they have gone on their final journey and it is the responsibility of the family, the friends, and the faithful to take care of what Allah the Most Merciful and Compassionate has left behind.

We did. We prepared the empty husk of the brilliant, eccentric, funny, cranky, and unique man I knew for so many years, and then we carried him down his stairs in his home for the last time. Like so many Praetorians, we did what we'd promised we did for him so many years ago; we took care of him, and we took care of Ambereen.

I rode with him for the last time on the way to the mosque, and when I was asked by the brothers who were to prepare him for the prayers of the faithful why I was there, all I could respond with was something that Phil had said about me to some of his players back when I was twenty-five and he had come with Ambereen to my birthday party: "This is the son I never had."

I stayed with him for the last time as they washed and anointed him, and I was asked about this man who had departed from us. I told them of his gifts as a linguist and as a scholar, of his writing, and of his life. I told them of his conversion to Islam, and his abiding faith. I told him of how he'd taught so many of us so many things, and I told them of his astonishing creation of an entire world.

I stayed with him while he was given the robes he would wear for his final trip in this world, and I stayed with him while the faithful offered their prayers for him. Together, we took him to the cemetery, and we returned him to the earth that he had sprung from. We took Ambereen home, and stayed with her telling stories of our times with him; there will be, I am told, an official memorial in the near future. Tonight was, though, just for us.

We'll be back there tomorrow, as the family members fly in from all points, and we'll do what we can to help. That's what we came to do, all those years ago, and what we'll do for him and for Ambereen in the future; be there for them, and to serve the Petal Throne.

And now, if it's all right, I'll be off to try and get some sleep. I'll have more later, when I have the chance.

Thank you all, once again...

[Edit. I thought it had been five years, I guess it's been six. It's always been a difficult day for me, ever since, and I hope you'll excuse me for the confusion. Thanks. - the Management]
Posted by chirine ba kal at 12:34 AM